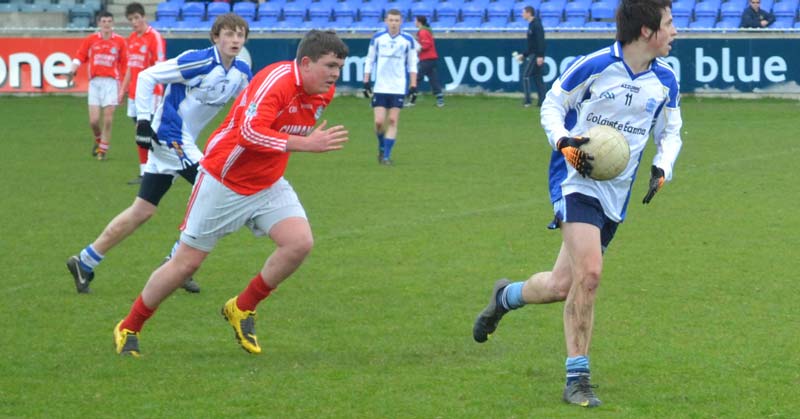 Our U16 Football team led by captain Josh Kane qualified for the U16 Dublin final next week where we will play Coláiste Éanna Cholm, Swords.

From early on Coláiste Éanna dominated in the possessions stakes and led by 0-7 to 0-3 coming up to the end of the first half. Two goals just before half time, the first by Ross Mc Garry, who was tremendous throughout the game and the second, a solo effort by Hugh Keller meant we had a ten point margin by the break.

The second half was dominated by Coláiste Éanna. After being very wasteful at the start of the half, a goal by Eoin Cashman ensured there was no way back for Malahide.

This was an all-round team performance and we look forward to the Dublin Final next week. Date and venue as yet undecided.