Posted at 17:27h in News by Coláiste Éanna 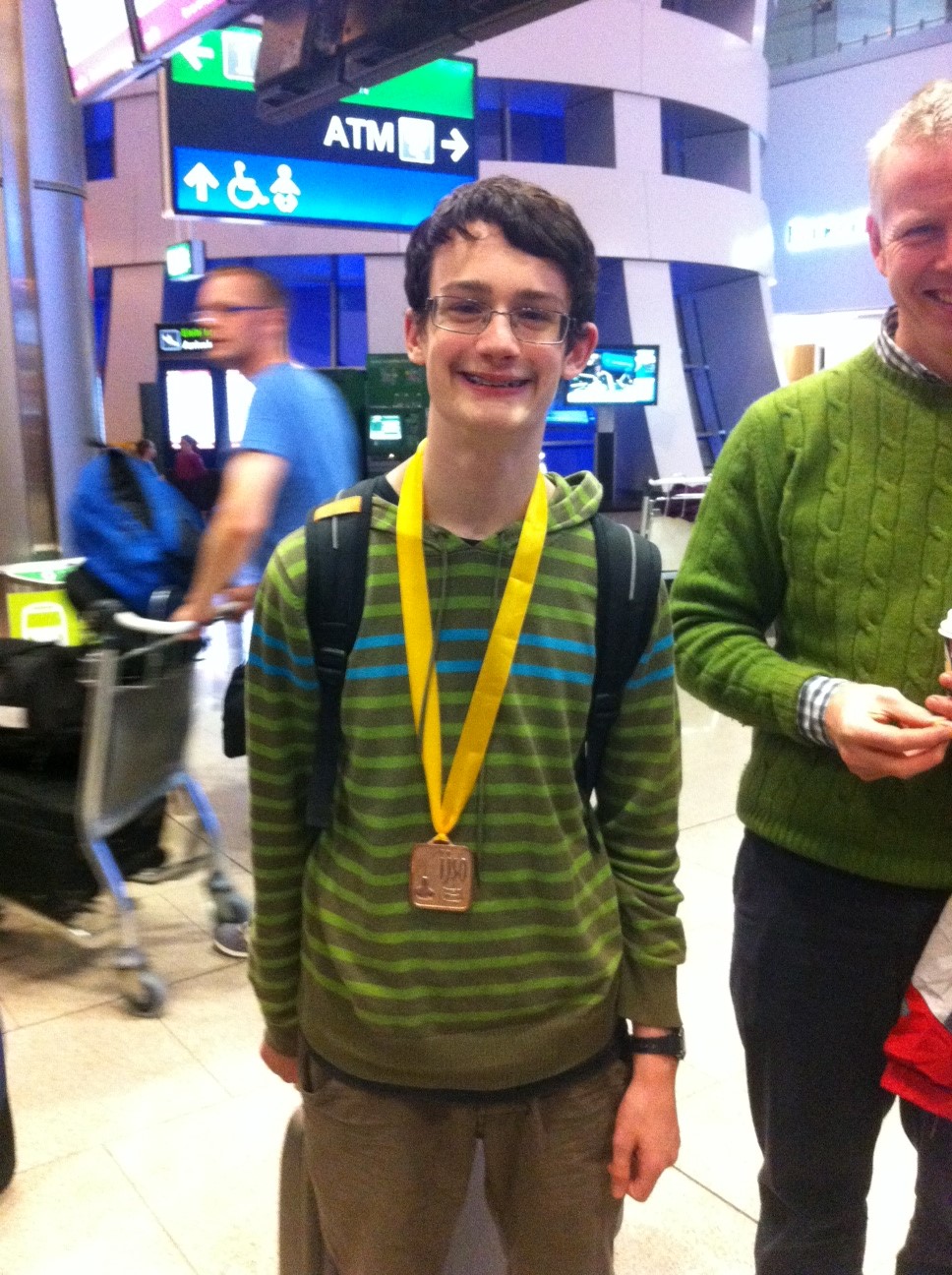 Congratulations to Kevin Fletcher who represented Ireland in the International Olympiad and received a bronze medal.

His report on the trip is below:

My trip to India was amazing.I was there for the IJSO(International Junior Science Olympiad) There were six 15-year-olds on the Irish team. We stayed in a fancy hotel, and we got shown around India. The food, surprisingly, wasn’t too spicy. The competition itself was three exams, spread over six days. They were each three hours long and I was hurrying to finish them all. They were tough, and I had to do a lot of study beforehand. It was winter there but it was still really hot. Around midday it would get as hot as the high thirties. It certainly felt weird to be putting on sun cream in December! Christmas isn’t really celebrated in India, so when it was only when I came home that I properly realised it was Christmas time.

The result of my trip was that I got a bronze medal. That doesn’t mean I came third; the top 10% of people get gold, the next 20 silver and the next 30 bronze. I’m still delighted with the result!

One of the highlights was definitely getting to meet people from all over the world. In the rooms beside ours in the hotel were Tajikistan, Serbia and Turkmenistan. One of the coolest things was seeing that all the teams kept to themselves at the beginning, but at the end everyone was socialising together.

Overall, I thoroughly enjoyed the trip and I’m proud to have represented Ireland.