Posted at 20:07h in News, Transition Year by Coláiste Éanna 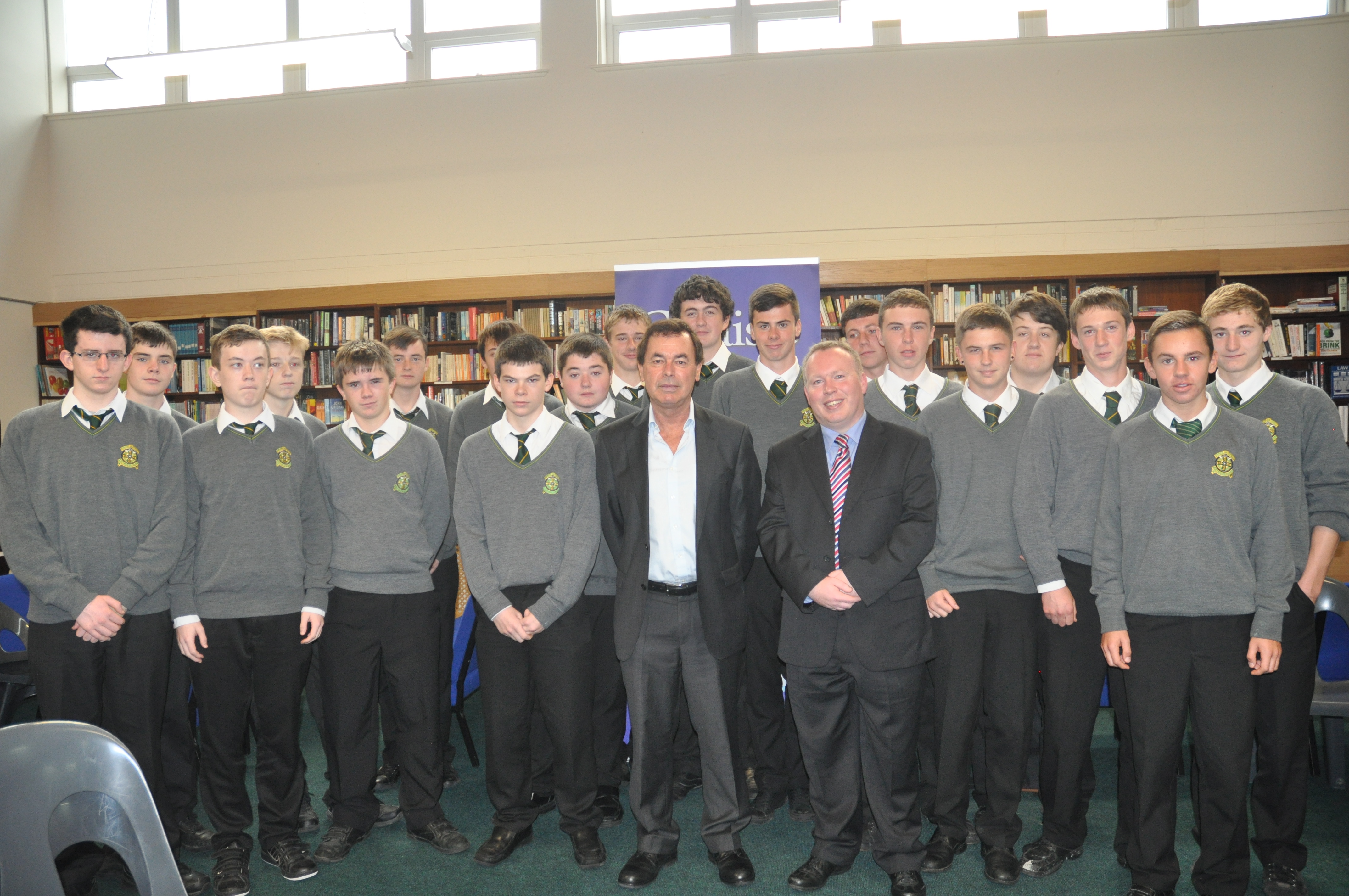 The Minister for Justice, Equality and Defence, Mr Alan Shatter T.D., visited Coláiste Éanna on Thursday 3rd October in advance of the referenda on the abolition of Seanad Éireann and the establishment of a new court of appeal.

The minister was accepting an invitation from languages and CSPE teacher, Mr Hennessy, who runs a voter registration initiative for sixth year students nearing their eighteenth birthday in addition to teaching a module on Politics and Law to students in transition year.

Mr Shatter was greeted on his arrival at the school by the Deputy Principal, Ms. McCabe, the Transition Year coordinator Mr Ó Murchú and the chairman of the Student Council, Manus Dennison.

In his address to the students, Minister Shatter outlined the Government’s case for a Yes vote in the two referenda. The minister was particularly anxious to speak about the proposed court of appeal which he said had been given insufficient coverage during the campaign. He said that the backlog currently affecting the Supreme Court needed to be addressed and argued that a more efficient legal system would even be beneficial in attracted inward investment since companies locating here need to know that we have a legal system fully in line with international best practice.

Afterwards, there was a lively question and answer session during which Minister Shatter was questioned on the cost of the court of appeal, the use that would be made of the savings accruing from the abolition of the Seanad and whether the upper house ought in fact to be reformed rather than abolished.

Minister Shatter then posed for photographs with the Student Council, the sixth year first time voters and the students taking Mr Hennessy’s Politics and Law module.