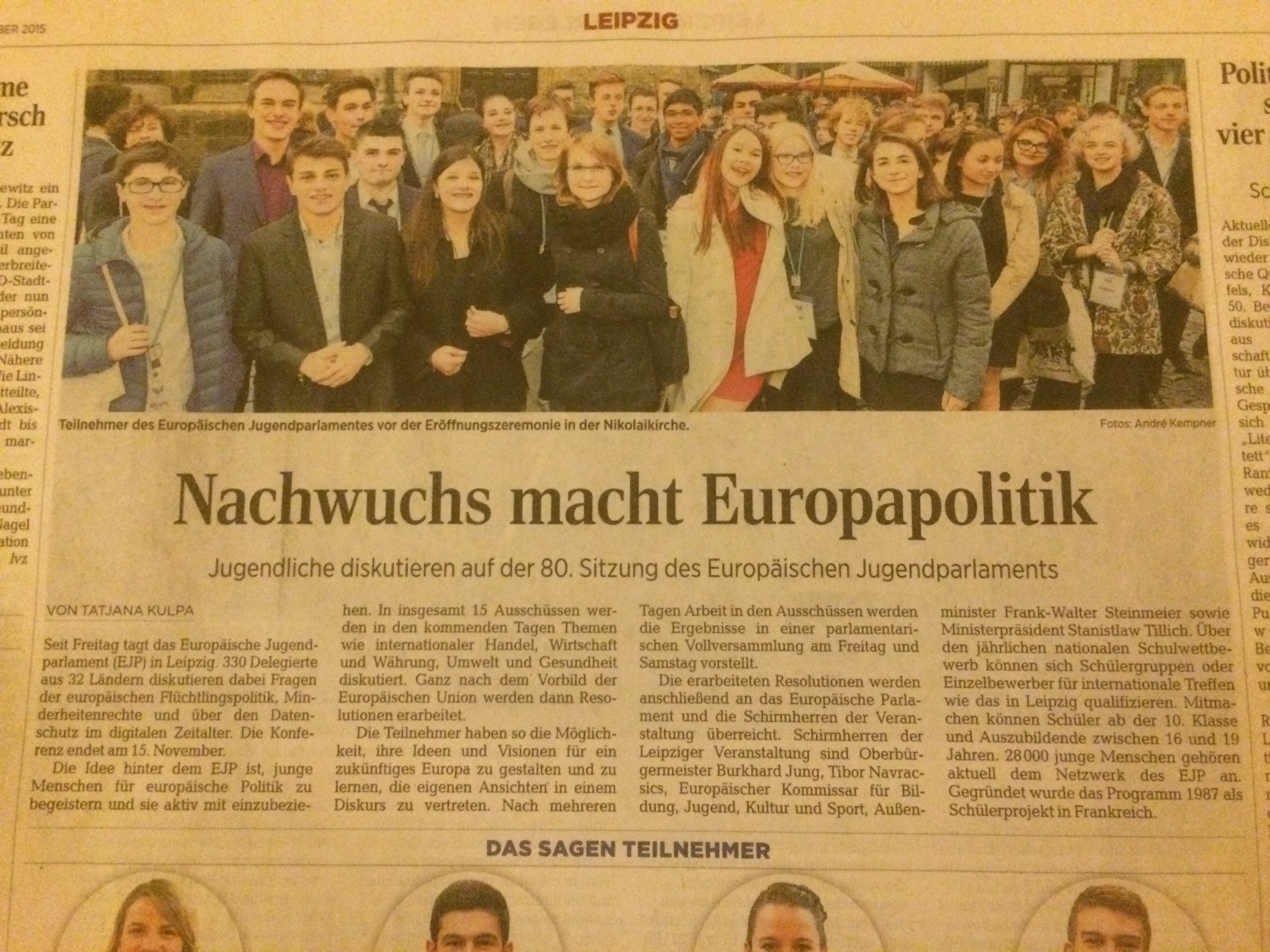 This should really be called a note from Dresden as that’s where I’m writing from – sitting on the train back to Leipzig after a cultural and political outing for the teachers. After visiting the main attractions, including the stunningly restored Frauenkirche, destroyed during the British bombing raids of February 1945, we went on to the state parliament of Saxony where we were received by its president Matthias Rössler of Chancellor Merkel’s CDU party.

There was an open Q&A at which I and the other EYP teachers mostly focused on the controversial anti-immigrant demonstrations organised here by a right-wing group called Pegida.

I arrived in Leipzig yesterday (Tuesday) and lost no time in catching up with Conor Lehane and the rest of the Irish delegation. They are working extremely hard on their resolutions for the General Assembly and the academic standard is extraordinary.

Because of the intensity of the delegates’ work, teachers generally only meet them first thing in the morning and then in the evening after dinner. Tomorrow Thursday, there is a broadly common programme for teachers and delegates involving cultural activities in the morning and the Euroconcert in the evening and I think it’s fair to say that most of the teachers are looking forward to getting an update on the work of our delegates at that point.

Meanwhile, there’s been extensive media coverage of the session and Conor featured in a group photograph for the main Leipzig newspaper on Tuesday which is attached.

All in all, it is proving a great experience so far.