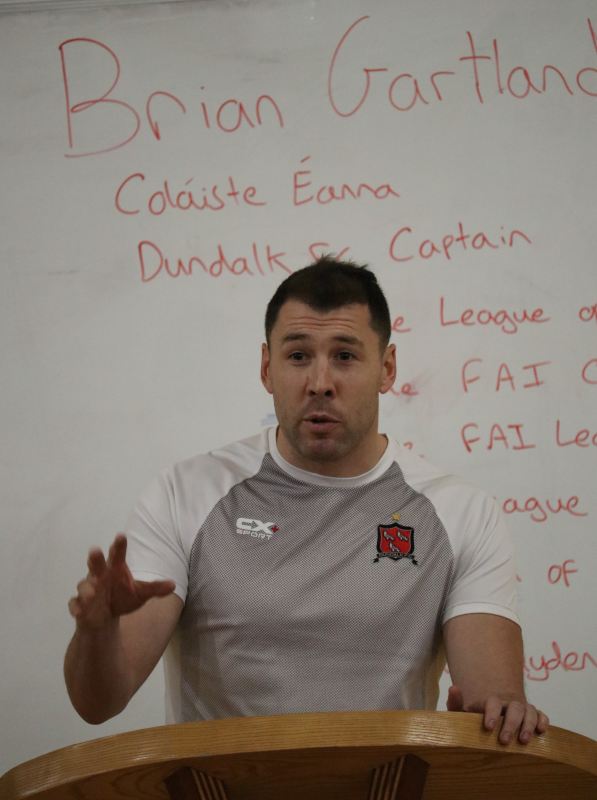 “There’s confidence, and then there’s cockiness – know your weaknesses,” commented Dundalk FC captain and former Coláiste Éanna pupil Brian Gartland during a talk he gave to students earlier this week in the Brother Donovan Sports Hall. Brian was talking about the importance of knowing your strengths and having confidence in yourself, but at the same time being able to take criticism and improve upon your weaknesses. He praised his former manager Stephen Kenny for being “great at managing people” and knowing what each player needs. 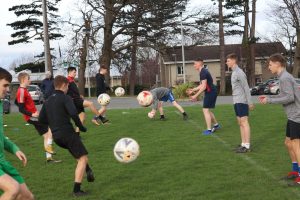 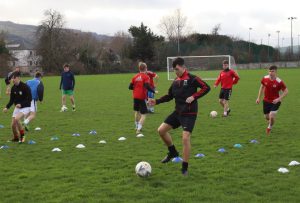 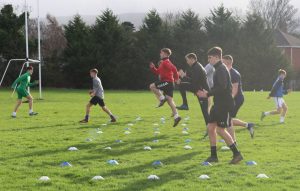 Brian encouraged the students to play as many sports as we could, as it is a great opportunity to be able to play as many sports as are available in school. He told us about his time in Coláiste Éanna, pre-sports hall and pre-soccer, saying Mr McManus was “strict enough, now – in fairness,” which is still true, now – in fairness. Brian cited local sporting heroes as inspirations of his, from Paul McGinley and Pádraig Harrington to Jim Stynes and the 1995 All-Ireland winning Dublin football team. He said visits to the school from these stars motivated him to be the best he could be. 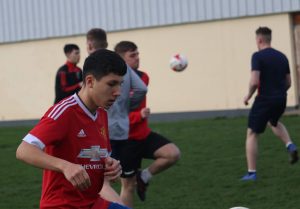 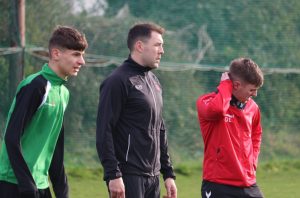 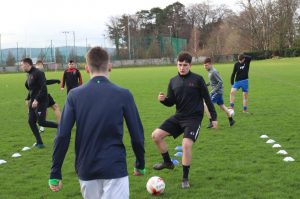 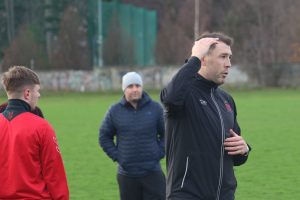 While not considering himself the best technical player, Brian said his success has come down to his communication, organisation, and leadership. He has won 4 League of Ireland titles in the last 5 years, but had not won a single major trophy before the age of 27, when he won the League Cup with Dundalk in 2014. “When you haven’t won anything and you win the League Cup, it’s everything,” he told us, saying it spurred the team on to achieve everything they have done since. 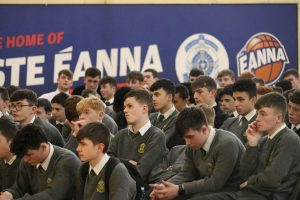 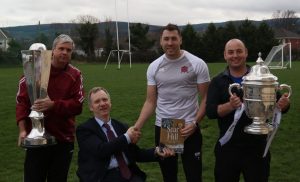 After a question and answer session with the students, Brian summarised that the main things when it comes to success are belief, hard work and discipline, and the words “Striving for Excellence”, the school’s motto really seemed appropriate. In all, everyone was delighted with the talk and a few future sports stars may just today have been set on a path to greatness. 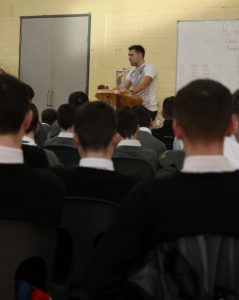