Posted at 09:44h in General by Susan McCabe 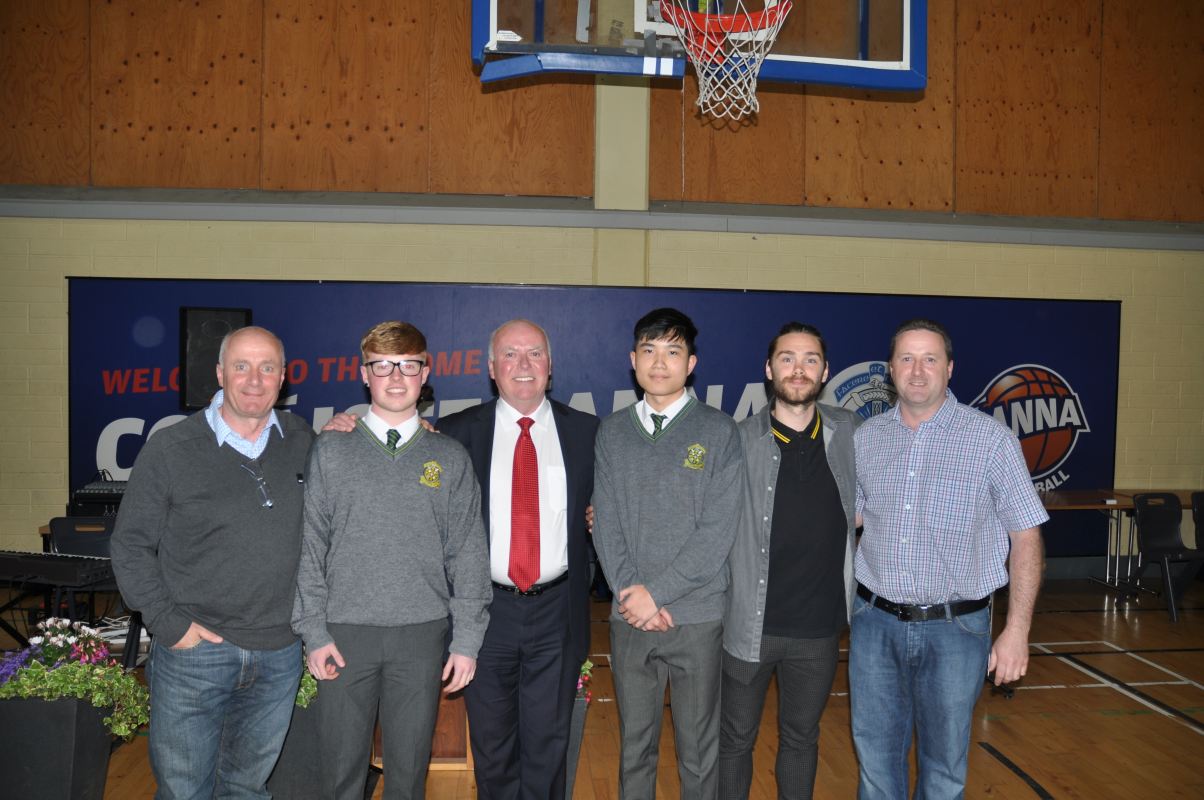 Kieran Alexander with the CPR team

At the recent Transition Year Graduation Ceremony Mr Kieran Alexander paid tribute to two TY students who had “saved my life”.  Mr Alexander explained that in January 2017 while out walking on Ballyroan Road he went into cardiac arrest.  Luckily for him the two students, Adam Murray and Jerry Yong witnessed this and went into action.  They ran to his aid, rang an ambulance, flagged down passing traffic and put him into the recovery position until help came.  They managed to attract the attention of two of our SNA’s Dermot Daly and Ciarán Reddington (who are medically trained), Colin Nugent (parent and paramedic) and an off duty nurse all of whom performed CPR until the ambulance arrived.  Mr Alexander spent the next week in intensive care and had a long road to recovery.

Mr Alexander’s family put out a Facebook appeal to find his “Guardian Angels” as he felt that without the sheer bravery, quick thinking and immediate response of Adam & Jerry he would not be alive today.  He was delighted to attend the graduation ceremony and give public recognition to two outstanding young men.  Mr Alexander said that both he and his family will remember their acts of bravery with gratitude forever. 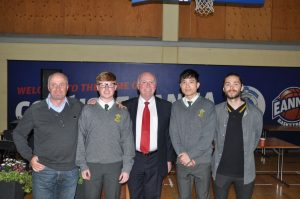 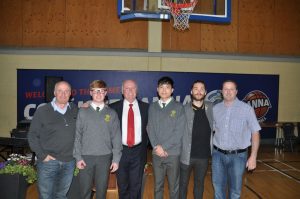 Kieran Alexander with the CPR team 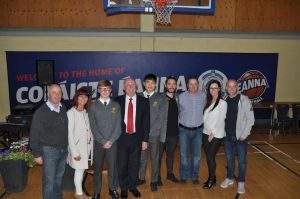 The Alexander Family wanted to show their gratitude