03 May A2 visit the home of Blessed Edmund Rice 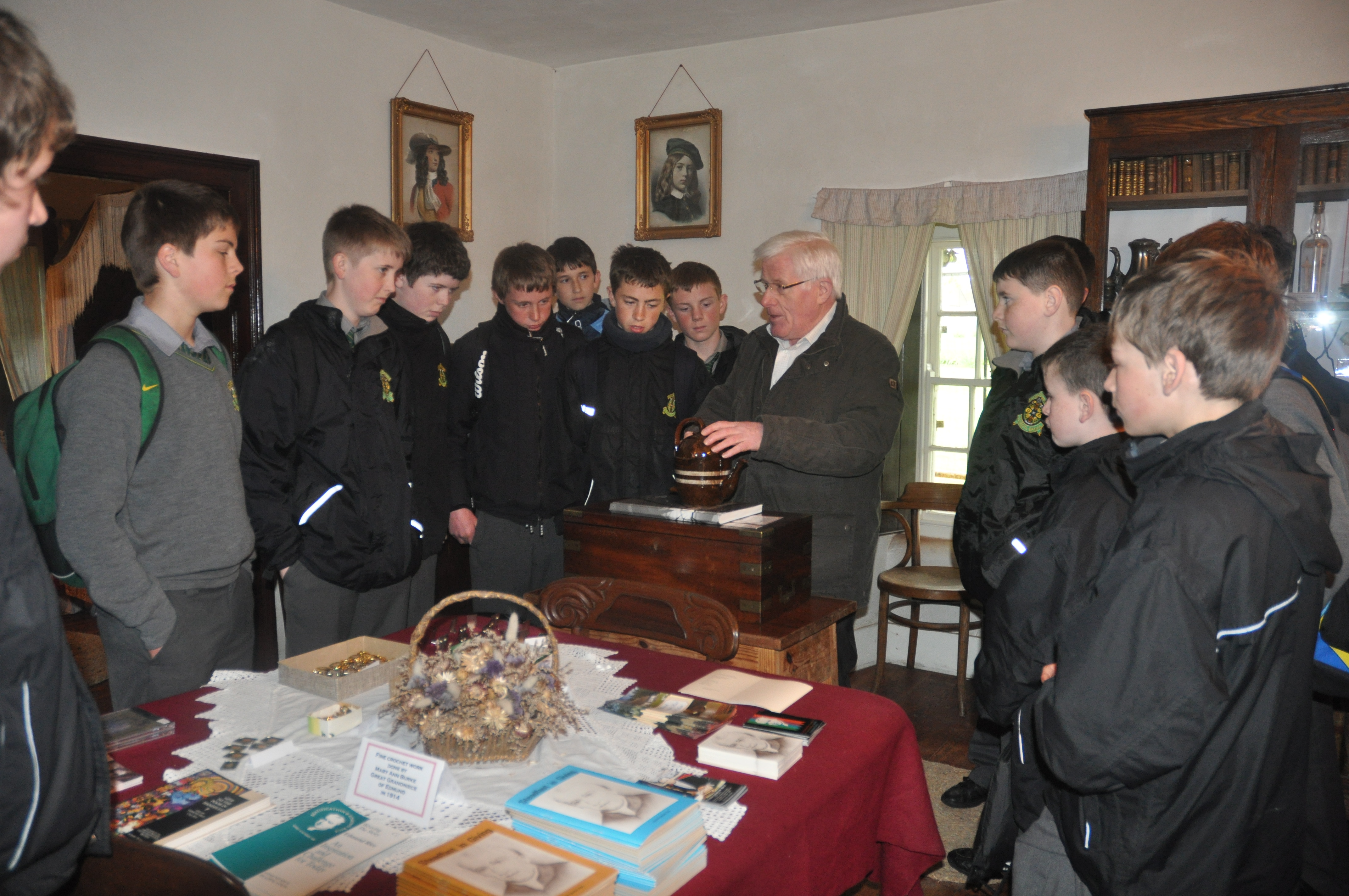 On Monday, 30th of April 2012 A2 travelled to Callan, Co Kilkenny accompanied by Ms Donlan, Ms O’Halloran, and Mr Carey. The trip was arranged in response to the Christian Brothers of Callan invitation to come and visit Callan to celebrate the 250th Anniversary of the birth of Blessed Edmund Rice.

Despite the inclement weather the group set off in great spirits at 9am. Having travelled for nearly 2 hours they arrived in Westcourt, Callan and were greeted by Br Malachy and Br Thomas who then proceeded to show the group around Westcourt. The tour included a visit to Edmund’s house, the church where prayers were said, and the heritage centre where the lads attended a talk on the life of Blessed Edmund Rice. The highlight of the tour was a visit to the thatched house in which Edmund was born on 1st June 1762.

Departing from Westcourt they took the Abbey Meadows Trail to visit the ancient ruins of an Augustinian Abbey. Finally they had to concede to the persistent rain and sought refuge in KFC. After consuming copious amounts of chicken everyone got back on the bus to return once more to the safety of the Pale.